This is a short clip from the 2015 ALA Annual Conference that just wrapped up in San Francisco. Joshua Davis suggests that libraries have a wonderful opportunity to fill the gaps in education by providing informal hands-on educational opportunities. I couldn’t agree with this more. This is what I call “finding a hole and filling it” in your community.

Public libraries should NEVER feel or be treated as though they are obsolete or irrelevant. We are in a unique position to offer just about anything our community requires. Community space. Unique collections. Local history. Entertaining and educational programming. Within our (albeit sometimes severe) financial constraints, the sky is the limit.

via 2015 ALA Annual Conference – Joshua Davis on Libraries and Oppurtunity – YouTube.

The rest of the #txla15 conference was a blast. I made some great connections for what we hope will be a second year for ‘Bots and Books. I didn’t go on Friday because I couldn’t stand to be away from my kids for another day. So Thursday night was my big finale with the Book Cart Drill Team Competition and the Storytelling Concert. Couldn’t have ended on a better note, really. Although my phone was practically dead, I did manage to get videos from both. Here you go!

The Bibliophiles from Austin Public Library

The Bee Side Story from Bee Cave Public Library

The Hip Hop Librarians from Round Rock ISD

And finally, the male prairie chickens at the Storytelling Concert provided much entertainment while dancing to Lucas Miller’s Prairie Chicken Boogie.

I used to plan political and fundraising events for a living. Even weddings when I had to. *shudders at the memory* I was one of many who worked on the Presidential Debate when one took place in Austin back in 2008. And I cannot image how much work goes into making such a big conference run so smoothly. There were some issues with the app, but I can honestly say that was the biggest problem I saw, though I did not spend a lot of time in the exhibits or in the author sessions. The Austin Convention Center has some serious design flaws, but it is really the only venue in town. I think the last numbers I heard were that we were 33 people short of 8,000 attendees! The staff of the Texas Library Association did good work!

As usual, my brain will be on overdrive for weeks with all of the wonderful information I discovered. But I made sure to have a slow weekend before getting back to prepping for my Customer Service workshop.

It is possible that I am finally at a point where I am happy with my TLA presentation. I think that means that I should slowly walk away from it. This is my first time as a presenter. Please tell me this isn’t true! 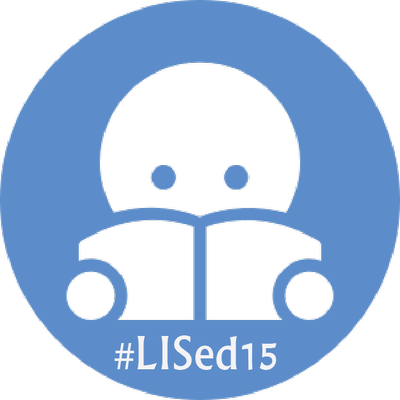 The 2015 Symposium on LIS Education is a two day student-led event, facilitated by LIS students, for LIS students. The Symposium will bring together students, LIS educators, and practitioners to critically examine current practices in LIS education programs. As a group, participants will identify and brainstorm solutions to current challenges facing LIS education.

For more information about coming to Champaign, see the Housing & Travel page.

Take part in the conversation! Here’s how –

via 2015 Symposium on LIS Education.

Well, I won’t really be going that far, actually. Just up the street, really. But I am so excited because this year I will be a first-time presenter at TLA’s Annual Conference here in Austin. I will be on a panel with Cesar Garza of the Austin Public Library and Virginia Gause of The University of Texas – Pan American discussing Social Media and Marketing in Libraries.

I finally registered and looked over all of the sessions. There are so many I want to attend! The week is going to be packed and I can’t wait to share it all with you on here.

I will also share my presentation here after the fact as I suspect I will be tweaking it until the last minute! This is, I hope, my first of many presentations at TLA!